There is no such thing as a token anything in this show, in case you are not aware the main cast consists of:

The only two characters that match are Charles and Jake, even then with religion separating them. Hitchcock and Scully are also straight, white men, but are designed to be representative of the old police force in the eighties.

2. There Are Zero Stereotypes

Again, with Hitchcock and Scully being the only exception, there is a huge amount of diversity in character as well as looks. For example, Captain Holt, his husband Kevin and his ex boyfriend (played by none other than Parks and Rec’s Nick Offerman) are all very expressionless and are hardly charismatic. There isn’t a camp gay man in sight on this show, not to say that they don’t exist, but just to show that they aren’t everywhere.

Another good example of this is the amazing Latina women on this show. While Rosa Diaz has become somewhat of a gay icon, neither of them are your traditional, sexual Latin women. Rosa is the biggest badass of all time, with her black leather ensemble and assortment of scary weapons, and Amy is just a huge nerd. The best part is that all of it seems completely natural because of this, it operates in the way life does, not in some hyperbolic plight to seem diverse.

Okay so we covered Holt’s portrayal of his identity, but what about how his marriage is portrayed in general? Well… like just about any other marriage in any other TV show. In the same way that the relationships of the many straight characters are treated as occasional plot points, Holt and Kevin are exactly the same. There is nothing to say about how their relationship is portrayed because it is just normal.

It is brought up frequently by several of the characters in general conversation, including the suggestion that led to the most iconic Holt line of all time: ‘BOOOONNNNNNEEEE!’. Point is, talks about his domestic life, sexual life and relationship in general are incredibly normal and not really notable, the way they should be.

Charles is an iconic character for so many reasons. The main one was expressed perfectly by his actor, Joe Lo Truglio at Comic Con:

“Boyle just loves people so much and isn’t afraid to show unadulterated affection, physical affection, which I think is amazing for a main character in a show”

It is completely true! Charles stands here as a straight, white male who just loves everyone and everything. And if that isn’t good enough on it’s own, the other character’s reaction to this clinches it.

I know that naturally, Charles has some really weird moments but, despite all this, he is only poked fun at minimally. Most of his actions are followed by a moment of confusion and then a simple shrug and a ‘you do you’ approach. Characters like Boyle are often seen as the weird characters in shows and avoided, not Charles. Charles is placed right in the front of the show as main character Jake’s best friend. The fun that Charles brings to the table is an amazing incentive to let the Charles Boyle of your life in.

If you only have one thing in common with Charles Boyle, it’s your obsession with these two. I could write an entire blog post on how amazing and realistic their love is, from them learning about each other’s interests to their character development as a result of being in one another’s lives.

There’s no cliche; there’s no on again, off again; there’s no shifting of the character’s focus to account for the relationship. Jake and Amy get together, and then carry on being the amazing individual characters they were but better, because we now get to dote over their adorable moments of affection and their playful relationship which is still, you’ll be pleased to know, full of roasts.

Jake and Amy are very different characters, you could sum up love in a single line of Jake’s:

“How am I attracted to you? Doesn’t matter, I am”

They make it work and that is why they are America’s dream couple (sorry Holt, I will NOT calm down).

Terry may well literally be the world’s biggest feminist. Despite his terrifying exterior, he is so sweet and soft and cuddly. He truly cares about everyone and everything. His whole life revolves around his baby girls (who he wants to be twin presidents) and wife.

But he doesn’t talk about feminism very much at all. How can he be the biggest feminist? Well, he just doesn’t see difference in anyone. Assigning a case? He chooses the best detective for that job. You’re bi? Now we can look at hot girls as well! Long story cut short: the world doesn’t deserve Terry.

7. Gay Jokes That Aren’t At The Expense Of Gay People

“Do you know what the worst thing about being a black, gay cop is? The discrimination… I believe that’s what they call observational comedy.”

The writers of Brooklyn Nine-Nine have really shown that not all gay jokes are offensive gay jokes. From his occasional camp line to the digs at the discrimination from his past, Captain Holt is always the one telling the gay jokes, not receiving them. Brooklyn Nine-Nine is one of the only shows that doesn’t rely on jokes at are at other’s expense and that is an example that so many others should be following.

This is a common storyline, with Holt and Terry both changing their opinions of someone they looked up to because they are no longer who they thought they were. This sets a good example in the current climate, with many famous figures having dubious pasts and it is important to change our opinion of them even if they have been someone we look up to.

The best example of this, however, is Jake Peralta meeting his hero after reading his book about being an old school cop. While Terry and Holt accept they were wrong about their heroes, Jake straight up punches him in the face because of a homophobic slur. Sure, it probably wasn’t the best idea in the long run, but his passion for equality and justice is admirable.

9. Everyone Wants A Jake Peralta As A Friend

I’m going out on a limb here, and I do not say this lightly, I think Jake Peralta is the best main protagonist of any sitcom ever. Don’t believe me, here’s a few examples.

Need I go on? Jake is kind, respectful, funny, loveable, supportive of everyone and just a really good friend. Feel free to contest me on this, but I will stand by it until the end.

10. Rosa Diaz Is A Bisexual

I saved the best until last, Rosa is Bi. While the creator’s claims that she was the first to say ‘I’m Bisexual’ aren’t exactly true, she is one of the first and is also played by a bi actress which makes it even better. Her reaction to Gina Rodriguez in ‘Jake and Amy’ has become a gay meme and Terry in that episode is all of us.

So, what do you think? What’s the best thing about this show? Let me know in the comments! 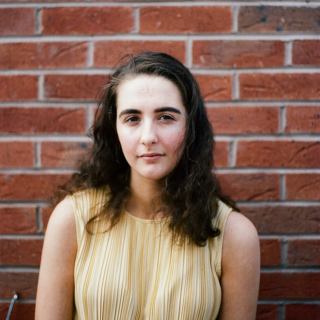 Amber is a 20 year old History student at the University of Chester. In her spare time she enjoys writing this lifestyle blog.